The competition is over. The results can be found here . 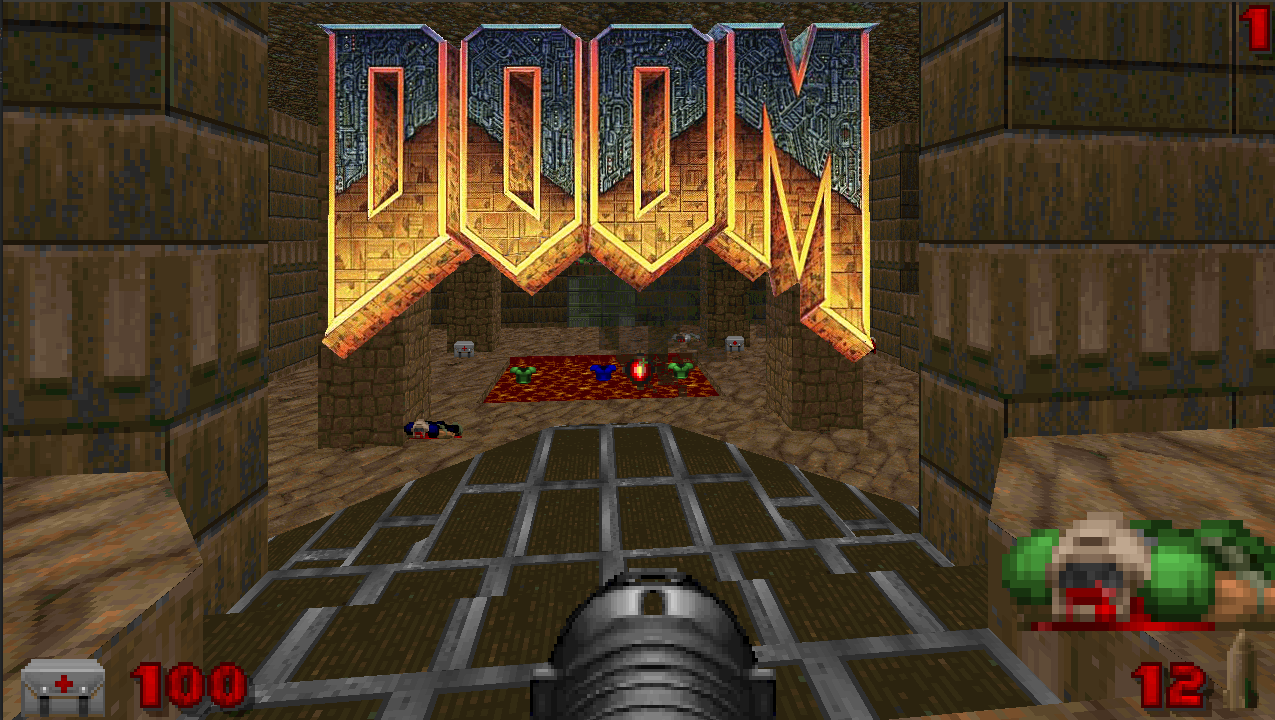 The last year's competition has been successful with a number of participants which submitted high-quality bots. Nonetheless, the bots have not yet achieved the human level in any track. There is much room for improvement.

The participants of the Visual Doom AI competition are supposed to submit an agent (in Python or Lua) that plays Doom using mainly visual input. Our ViZDoom framework gives a real-time access to the screen buffer as the only information the agent can base its decision on. The winner of the competition will be determined by a multiplayer deathmatch tournament.

Although the participants are allowed to use any technique to develop a controller, the design and efficiency of the Visual Doom AI environment encourage to use machine learning methods such as deep reinforcement learning.

1. Limited deathmatch on a known map.

The only available weapon is the Rocket Launcher, with which the agents start. The agents can also gather Medikits and ammo (map01 in cig.wad).

2. Full deathmatch on an unknown map.

Different weapons and items are available. Five maps are provided for training. The final evaluation will take place on several (secret) testing maps.

Your controller will fight against other submitted controllers for 10 minutes on a given map. We will sum the results over at least 10 games (on the same map in the limited deathmatch track and on different maps in the full deathmatch track). The controllers will be ranked by the number of frags, where frag for this competition is defined as:

We reserve the right to disqualify bots that behave random-like or/and are unintelligent in an evident way.

Each team is allowed to a single submission with 1 bot. Teams and bots aren't allowed to cooperate.

During the contest, ViZDoom will have somewhat limited capabilities. It will be enforced by loading _vizdoom.cfg and +vizdoom_nocheat flag but anyway here is the list of settings and methods your agents aren't allowed to use during the competition:

All paths and configs are set so that running the programs from the team directory is required so run the agent from their directory and do not change it during runtime.

To make a submission for the competition follow the submission page guidelines.